For example, a reverberant concert hall (system) IR could be captured. Then a voice (stimulus) could be recorded at a different time in a non-reverberant setting. The IR from the concert hall could then be used to simulate how the voice would sound in that environment.

With an IR capture of an acoustic space, it is possible to use this IR in a convolution reverb to simulate the location and apply it to unfiltered audio. This can give the illusion of the unfiltered audio occurring in the acoustic environment from which the IR was captured.

In this article we will touch on two Impulse Response creation methods – the transients method (i.e. balloon pop, starter pistol or firework method) and the swept sine method. Note that one important distinction is that with the transients method, the resulting file can directly be used in a convolution reverb while the swept sine method requires additional processing. 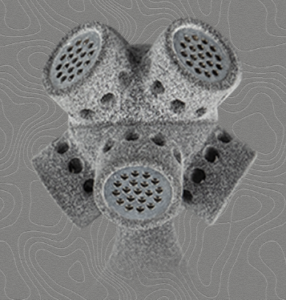 Since Spatial Mic Dante & USB record the entire 3-dimensional soundfield, the response of an acoustic space may be realistically captured.

While there are different ways to capture IRs, sound designer and audio engineer David Woje uses the transients method via balloon pops in his tutorial along with Spatial Mic USB. Take a look below and then we’ll get into how he uses IRs in Unreal Engine for game sound design:

Now let’s explore the steps taken in the above video.

IR Creation For Use In A DAW

Convolution reverb plugins can often load custom IRs. Many however are not yet suited for ambisonic type recordings. The plugins we know about that can handle multichannel IRs are the following:

It may be possible to use the transient method above for direct impulse response creation. In this case the steps are:

The trade offs when using the transients method is simplicity versus loss of high and low frequency information, as well as the possibility of clipping with loud transients. If you choose to create IRs using the state of the art swept sine method please read on. In this way, the frequency bandwidth and Signal To Noise ratio may be optimized.

After the responses have been captured from a swept sine played back over a loudspeaker (instead of a balloon pop), they will need to be post processed to create the actual IR before loaded into the convolution reverb plugins.

Through this process you need the swept sine and the recorded response from this swept sine. You will then “deconvolve” these two signals to create the IR of the target acoustic space or system.

Several tools exist for can be created for this:

While ambisonic IR creation can be a somewhat technical process, once a workflow is established the creation may not take long at all. Resultant IRs can transform your productions and sometimes serve as the creative spark that ignites an entire piece.

Capturing IRs is just one of many useful applications with Spatial Mic.