Recording live concerts with Spatial Mic opens the possibility for great flexibility — from natural immersive stereo to a full 360 VR experience. In this article let’s explore how one Spatial Mic USB can be used to capture a performance in a concert hall.

Techniques for capturing live concerts can vary wildly depending on the genre of music, concert space, gear available and experience of the recording engineer. With limited microphones, there is a trade-off between direct sound from instruments and diffuse reverberant sound from the room. The distance at which the diffuse sound and direct sound are equivalent is sometimes referred to as the ‘critical distance’ or ‘diffuse field distance’. When recording an ensemble with Spatial Mic, it is important to understand how the mic will react at different distances from the performers and position the mic accordingly.

Let’s take a listen to a concert recording of the group Camarada performing the piece “Noches Del Odeon” by Toto Damario at The Conrad Prebys Performing Arts Center and then discuss how it was created.


As you can hear, the mic was positioned by recording engineer Matt Birchmeier in such a way that the final outcome produced a pleasant balance between the direct sound from the performers and the diffuse field of the room in which it was captured.

In the photo below, one Spatial Mic is placed on stage in front of Camarada (look directly in front of the piano). The 3 performers on the left side of the photo are dancers and did not play musical instruments. 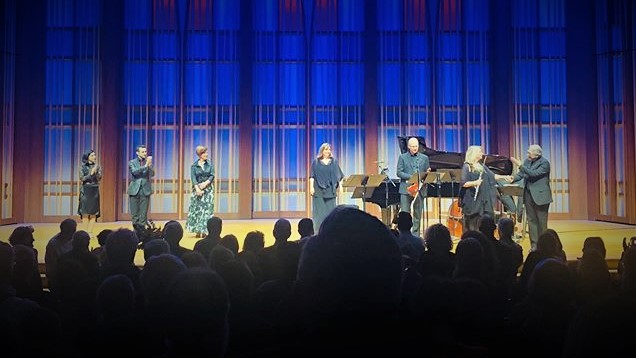 Here is a behind the scenes look at the recording computer and stage, where you can see the microphone positioned in front of the musicians.

Spatial Mic was connected to the laptop via a USB to Ethernet extender, which can allow for 200ft of separation. Using this method, the analog mic gain can be controlled remotely from the laptop using the Spatial Mic Control app, while 8 channels of audio is recorded directly into Reaper at 24-bit / 96kHz.

After listening to the recordings, it was determined that that a stereo binaural decode, with some 2 channel mastering would bring out the best nuances of the performance. To begin, some slight adjustments to the microphone recording direction were made using the Spatial Mic Converter plugin. As can be seen in the photo below, the rotation was adjusted about 20 degrees, coupled with a slight downward tilt of 8.5 degrees. Next, the SSA compressor and EQ was used for tiny adjustments to the dynamic range (less than .5dB) and some slight frequency boosts (1dB). Finally this was decoded to binaural using the IEM Binaural Decoder. 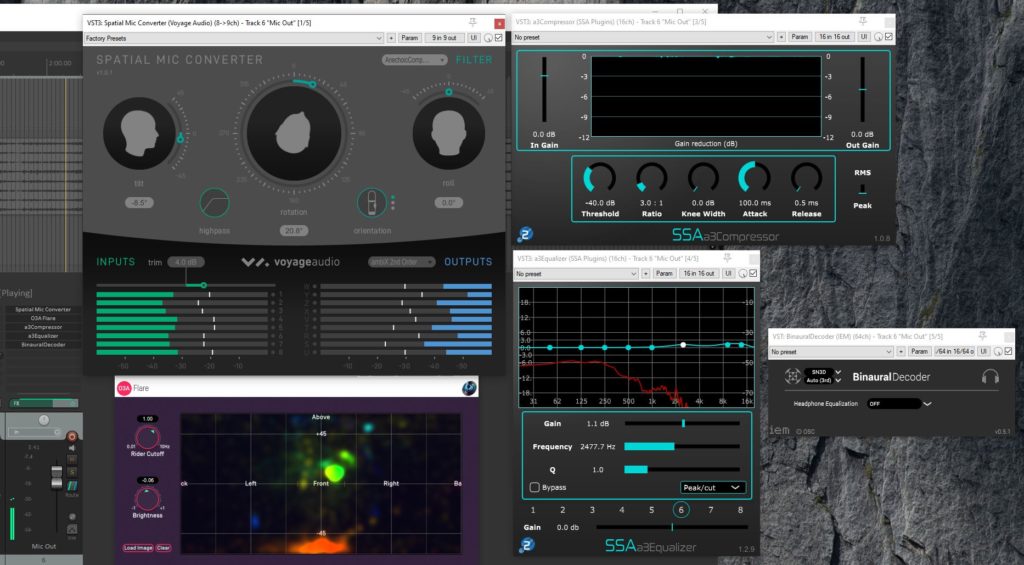 This stereo binaural output was then mastered using the following chain. 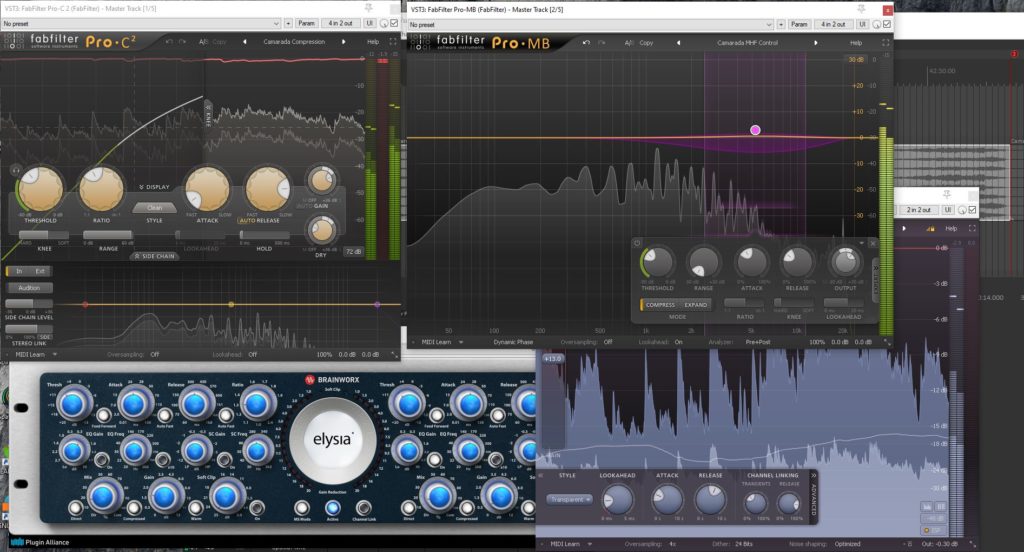 The final stereo master was referenced on both headphones and studio monitors, since the final playback method can be unpredictable.

This is just one example of how a concert can be recorded and processed in post with Spatial Mic USB. While we chose to use stereo binaural decoding and a somewhat traditional mastering chain for a realistic, yet detailed representation of this performance, other directions could be taken. In future articles, we will explore other post processing methods, such as virtual mics to hone-in on specific sound sources, instead of binaural.