Recording sound effects for film, movies and games is a highly important part of the process for telling compelling stories. Sound designers often rely on quality sound effects libraries to help create the proper impact for video, however in sound design veteran Lenny Jones’ experience, sometimes you need to create them yourself — especially when surround formats like 2nd Order Ambisonics and 7.1.2 are needed. 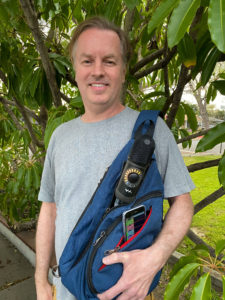 Lenny is a professional Sound Designer that has worked on many popular TV shows and hundreds of movie trailers. He’s also the founder of 24/96 Sound Effects and a Spatial Mic user. We had the opportunity to ask Lenny a few questions about his experiences and why he chose to use Spatial Mic for recording sound effects on his latest release Crowds in Motion.

Can you tell us about your profession and how it led to creating and selling sound effects?

Lenny Jones: I’m a 28 year veteran Sound Designer working in Hollywood. I’ve worked on over 1000 TV episodes for shows such as Ancient Aliens, Curse of Oak Island, Penn & Teller BS and Unsolved Mysteries. Also editorial and prep on hundreds of movie trailers including Spiderman, James Bond, Jumanji, and Men in Black to name a few. Throughout this time, I’ve been recording SFX whenever I travel. My library became so large, that in 2001 I decided to begin publishing them, and 24/96 Sound Effects was created.

Do you have a typical workflow for recording sound effects?

Lenny Jones: I always begin with the field recording, finding cool things to capture in interesting places. Then bring it all into ProTools HD and edit, clean and master in O2A, 7.1.2 and Stereo files. Then labeling and tagging, to make the sounds as easy to find as possible. I publish to Asoundeffects.com, Sonniss.com, Soundsnap.com, Unity and Unreal Marketplaces.

Can you tell us more about the idea behind Crowds In Motion and how you used Spatial Mic to capture the audio?

Lenny Jones: Recording crowds is a challenging project, because finding clean groups of people without any background music is very difficult. Also intelligible words or conversations have to be avoided for foreign M+E tracks, so getting close to the crowds, but not too close is essential. I tend to gravitate toward free style recording. Small backpacks, luggage or even my twins’s stroller act as my tripod stand. Just blending in seems to get the best results. Finding the center of the crowd for better immersion is also critical. Spatial Mic was mounted inside of a blimp like wind screen with a battery and small iPhone 6s for recording.

Is there anything you can do with Spatial Mic that you couldn’t do before?

Lenny Jones: The thing I like the best about Spatial Mic is that it’s digital. A simple USB connection to the recorder (an iPhone 6s), and another to a battery, is all it needs. No XLR cables, preamps or breakout boxes. It reduces my rig by 50%, and I love that. Also the mic’s small size makes it perfect for smaller recording rigs.

Can you share any special tricks or tips about recording sound effects?

Lenny Jones: Getting the best equipment you can afford is the first step. That’s why Spatial Mic is such a great tool to have, it’s low cost and quality construction are really outstanding. Second, is getting out there. Weird and unusual places seem to create the best sounds. Third, is patience. Like photography, it’s often a waiting game to capture that great moment. 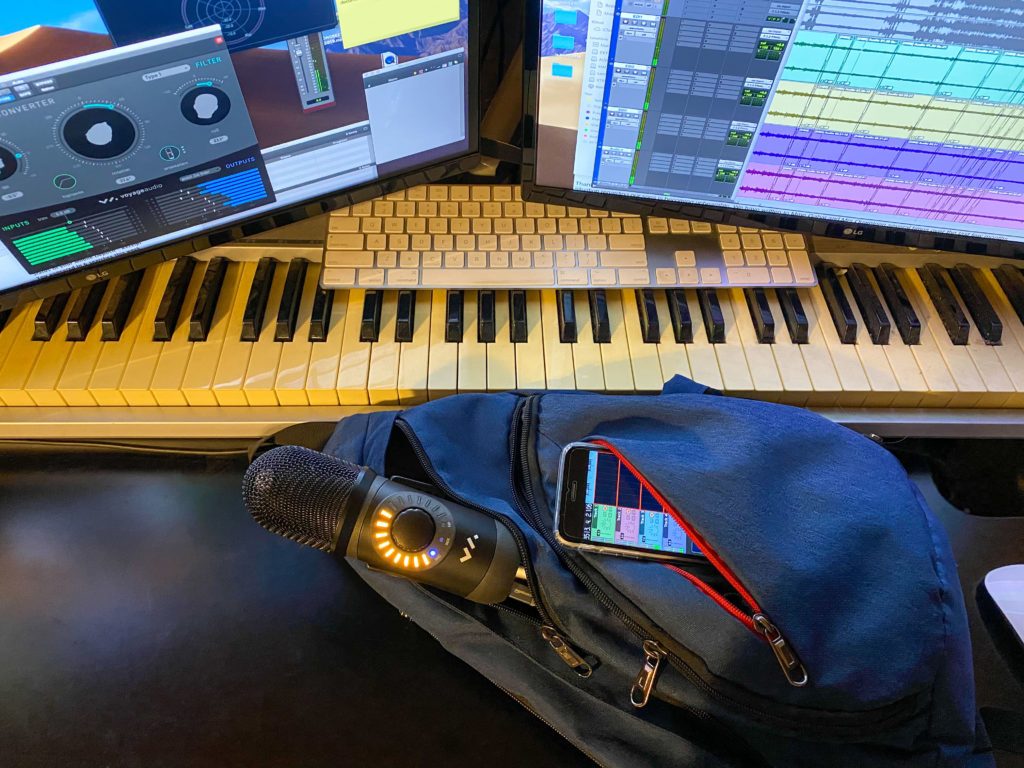 Do you have a favorite location or story you can share about sound effects capture?

Lenny Jones: While working on the Immersive Crowds release, I went to record outside the Rose Bowl stadium, right after the New Year’s Bowl game. As I worked to find the largest crowds, I found myself constantly dodging mobile street sausage vendors with their mobile food carts. Everywhere I went, they were there calling out “Hot Dogs, Hot Dogs!!” It was as if we were all competing for the same customers! In the end, the recordings that day became the best tracks on the album.

Lenny Jones: Right now, I’m working on releases of general Immersive Ambiances. Room tones, Parks, Cities and Rural Nighttime will be first. After that, we’ll see where this great mic takes me! 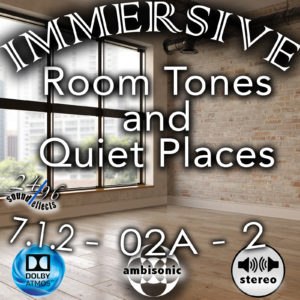 A big thanks to Lenny for spending some time with us and having this conversation. We look forward to keeping an ear out for his work and new sound effects releases. If you want to learn more please visit him at www.2496sfx.com.