Spatial audio is an integral part of immersive production, regardless if the content is meant to be enjoyed binaurally in Virtual Reality, in Surround Sound with an ATMOS system, or on a traditional computer screen in mono/stereo. As formats for immersive content continue to evolve, let’s take a look at how Spatial Mic can be used to simplify workflows and capture engaging, future proof audio. 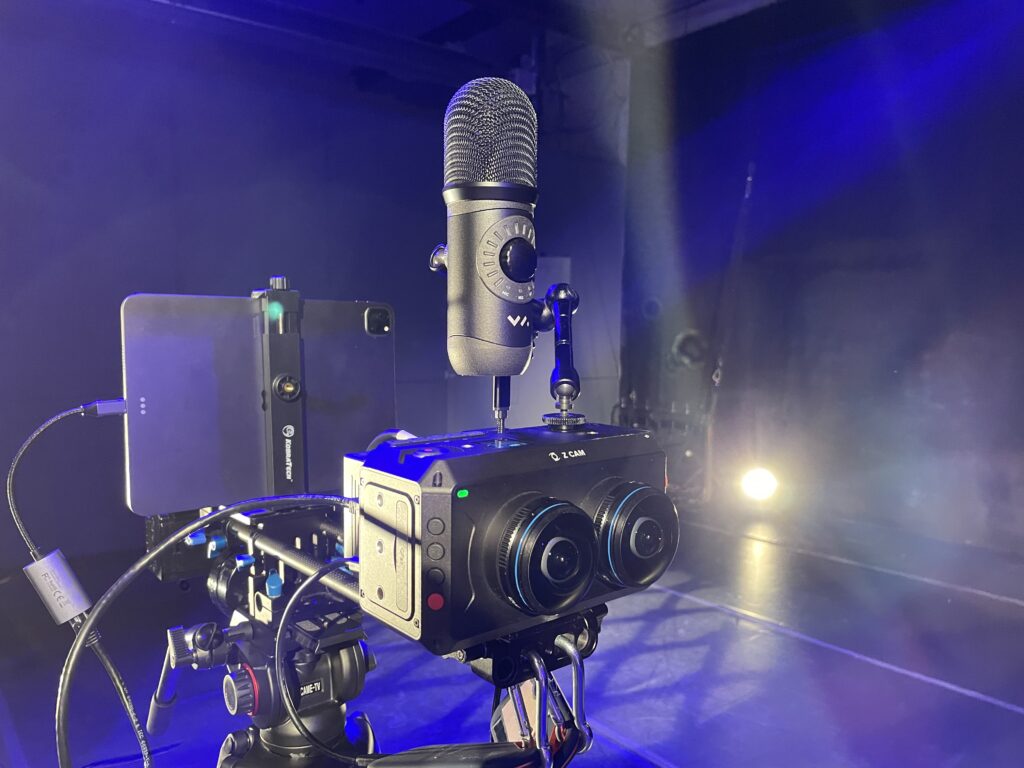 Since microphones meant to capture spatial audio require more channels and disk space than traditional microphones, one must be careful to select products that will meet their goals and workflow. When capturing multiple Spatial Mics’ we have found that 8 channels, capable of recording up to 2nd order ambisonics, is the sweet spot to engage audiences with immersive audio. This gives the most flexibility to spread devices out in the environment you wish to capture.

The figure below shows the number of microphone capsules vs disk space required. Note that Spatial Mic employs 8 capsules.

Spatial Mic Dante offers a simple way to bring multichannel audio into a production without the need to rely on USB Host and hubs to capture multiple devices.

The microphone connects directly to a Dante or AES67 network via CAT5E cable, so it does not require dedicated microphone preamps or analog cabling. It can be powered from simple PoE (power over ethernet) enabled switches and each cable can run up to 100 meters (328 feet). This enables a vast network of multichannel microphones to be spread across a venue or environment.

Control is simplified with the included MicNet Control standalone application, which can be run from a computer connected to the network. MicNet Control can remotely change the configuration of any number of Spatial Mic Dantes’ connected across the network, leaving more time to focus on placement and other factors involved in immersive production.

Learn how to configure Spatial Mic Dante using MicNet Control in this article.

With a vast ecosystem of manufacturers and products utilizing Dante audio networking, any number of traditional microphones could also be incorporated into immersive productions along with Spatial Mic Dante. 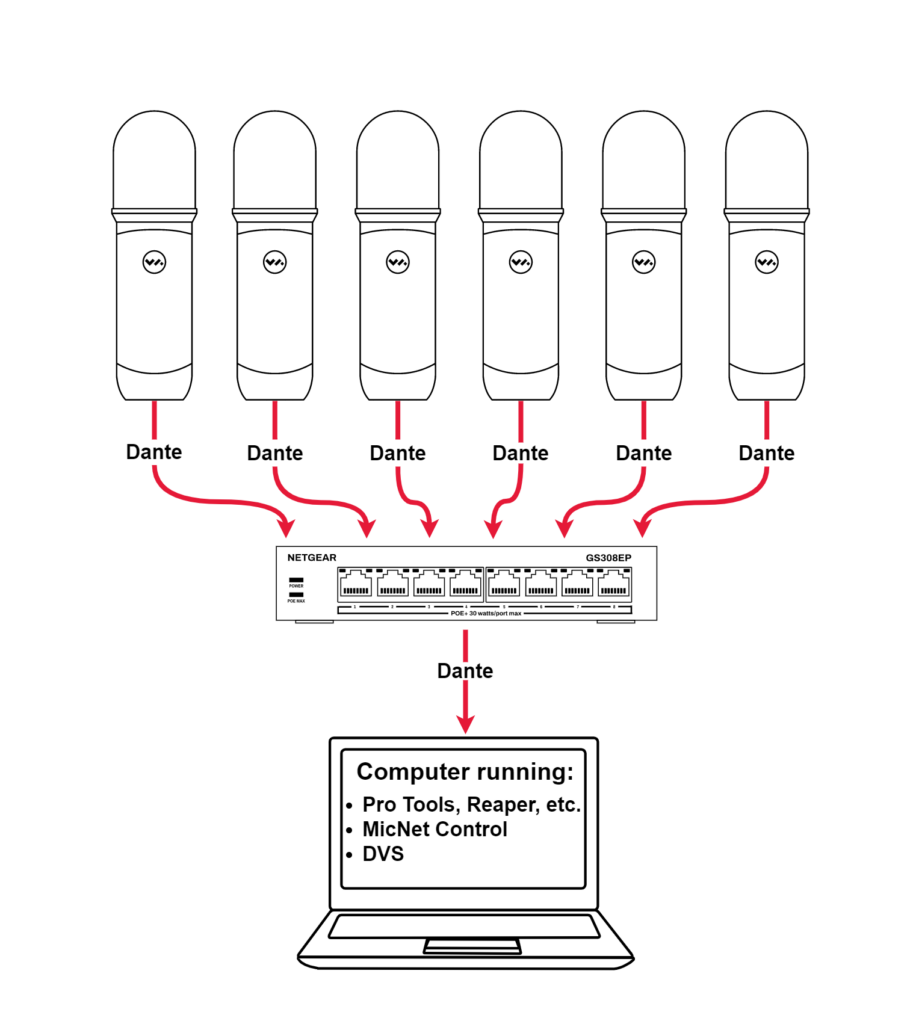 An advantage of using Dante networking is that Dante devices each contain a very high quality VCXO clock, and are synchronized with one another over the network using the IEEE 1588 Precision Time Protocol (PTP). One device is elected as the Leader Clock to which other devices are synchronized. By default this selection takes place automatically, with no need to manually assign a Leader Clock.

Spatial Mic USB provides simple connectivity to a USB Host like a computer or mobile device. It also offers ADAT light pipe for connecting to an audio interface. This can be useful if you are looking for a portable solution to record VR / AR in the field with a 360 camera.

Take a listen and look around in 360 to this field recording we created with Spatial Mic USB. Note that YouTube 360 is currently broken on some web browsers like Safari.

A USB hub can be used to capture multiple USB microphones at once by creating an aggregate device. On OSX this is usually done directly within Audio MIDI Setup and with ASIO4ALL on Windows. Other 3rd party programs like Dante Via may be used to group audio devices together for capture in a DAW.

Soundfield Capture For VR/AR, 6DOF & Beyond

Networked Dante microphones present the best opportunity to capture audio for emerging formats. With 100 meters available per link, microphones can inexpensively be spread out across a venue with minimal effort, no analog cabling or microphone preamps and then revisited in post with the Spatial Mic Converter plugin and third party software and techniques.

Six Degrees Of Freedom (6DoF) is sometimes referred to as “full” VR, as it will allow the user to move around in the environment with sound changing as it would in real life. In essence it is the rendering of a “sound scene” captured using a distributed network of Spatial Mic Dante microphones.

By simply networking Spatial Mic Dante microphones together, a soundfield for 6DoF may be captured. Depending on the target format, this sound captures could then be linearly interpolated as the listener moves around in the space. If sound is synthesized by the game engine, IRs could be captured at each location to create a truly immersive environment.

In the following example, which could be extended to 6DoF, Spatial Mic USB is used to capture Impulse Responses (IRs) for use in the Unreal Game engine:

Since there is much research associated with 6DoF, it is worth investigating tools that may help ease the creative process. The Sparta 6DoF plugin is a parametric 6DoF renderer, which can accept up to 7 Spatial Mic Dante microphones (there is a 64-channel VST limitation and second-order ambisonics is 9 channels). Check out the plugin, reaper demo session and associated publication at this link.

A huge benefit (and often confusing) aspect of using a multichannel microphone like Spatial Mic is that the sound capture is format agnostic. What this means is that you may revisit the recording at any future date to “decode” the audio based on the current state of the art.

While you may choose to use Spatial Mic for flexibility in stereo recording now, the same captured soundfield may be used for emerging spatial audio applications in the future.