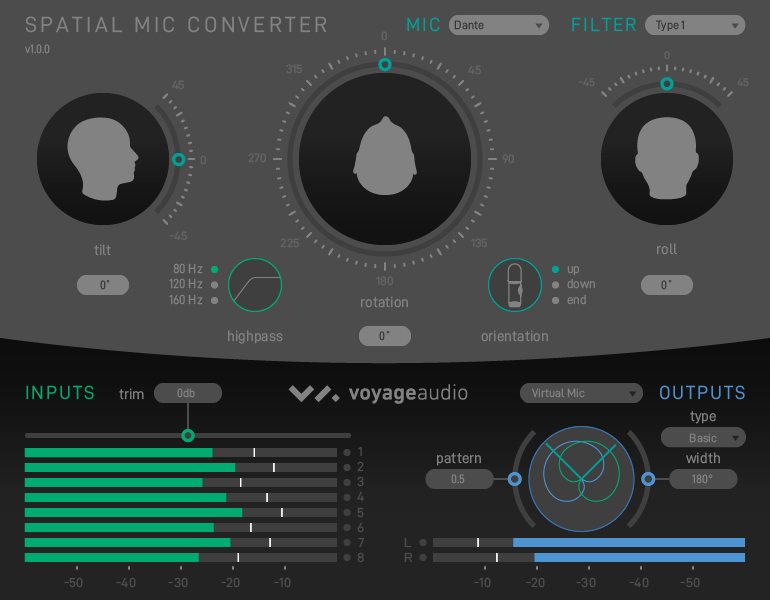 Spatial Mic Converter is available as VST3 and AAX and requires a host that supports multi-channel audio tracks such as Reaper, Pro Tools, Nuendo, Cubase Pro, or Plogue Bidule. The plugin and demo sessions are available as free downloads to test system compatibility.

Spatial Mic Converter offers the capability to change the microphone’s aim at the point in space where the audio was recorded. This is useful when aligning audio position with 360 video, aiming the mic at specific sounds that should be in front of the listener, or used in combination with the virtual mic output stage to focus directional polar patterns at different parts of the soundfield.

The ambisonic output can be sent to a variety of plugins from SSA, Blue Ripple Sound, IEM, SPARTA and others for further processing while mono or stereo outputs can be used with standard  audio production plugins. The surround outputs can be used as sound bed tracks in Dolby Atmos® sessions or routed directly to the surround bus of choice. 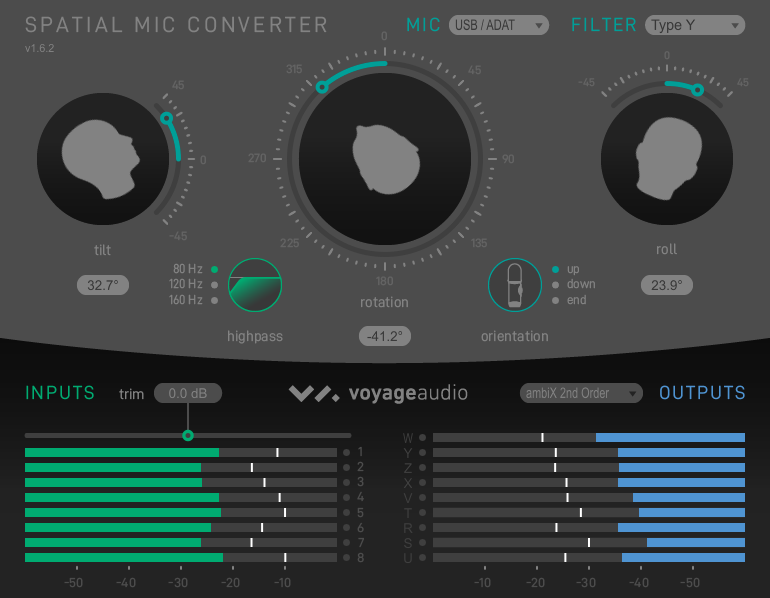 There are 3 main sections to the Graphical User Interface.

Shows the unprocessed level with clip indication for each of the 8 capsules.

Select which model Spatial Mic captured the audio tracks being converted. This will load the appropriate microphone specific files in the Filters dropdown menu below.

Each microphone model has its own filters to transform the raw capsule output.

Tilts the Spatial Mic recording direction up and down. Rotation and roll are maintained when tilting.

Rotates the Spatial Mic recording direction left and right. Tilt and roll are maintained when rotating.

Rolls the Spatial Mic recording direction side to side. Tilt and rotation are maintained when rolling.

It is often desirable for the orientation to correspond with the real-life position of the microphone.

Normal: The Spatial Mic capsule array is aimed up.

Inverted: The Spatial Mic capsule array is aimed down.

Controls input level. Plugin processing may increase the signal level. If output meters clip, you may need to reduce trim.

Selects the output type. This should correspond to the input type of the next plugin in the signal chain. Note that the output types differ in channel count, ordering and level weighting.

R Channel Output Note: The ‘R’ channel is silenced by default unless the Tilt control is adjusted. By clicking on the ‘R’ channel label of the output meter, Spatial Mic Converter plugin will generate the R channel from the W channel. When enabled the R icon will change to a green color. This may enhance the presence of height to recordings that are mostly horizontal, however it is best to use your ears to confirm this is the right choice. 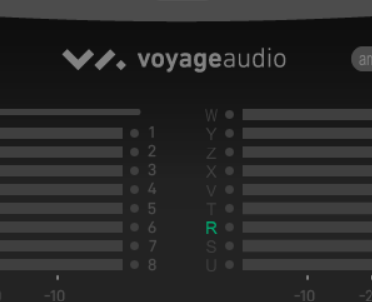 The Virtual Mic output section enables the creation of  mono or stereo microphone polar patterns that can be aimed in the sound field using the plugin tilt, rotation and roll controls. The virtual mic interface is shown on the plugin GUI when it is selected under the Outputs dropdown menu as shown below. 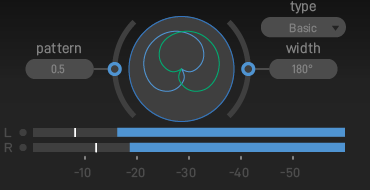 Four different types of virtual mic decoding are available: In-Phase, Basic, max rE and Figure 8. Within each type, the pattern and width can be adjusted to manipulate the stereo field and polar pattern shape.

Max rE: Maximizes energy concentration vector by focusing energy signals in the direction of interest. 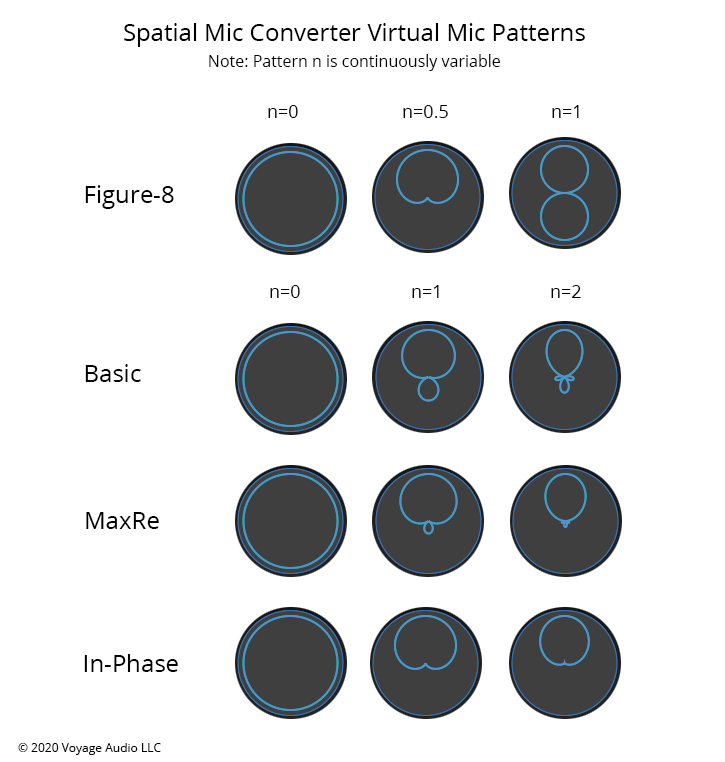 The pattern control is continuously adjustable and changes the focus of the pattern from omnidirectional to a narrow pattern based on the virtual mic type selected. The pattern control can also be thought of as changing the ‘order’ from 0→1 for Figure-8 and 0 → 2 for all other pattern types.

The width control duplicates the polar pattern created and offsets their aim by the selected angle to create a virtual stereo microphone pair. The stereo width angle is continuously variable from 0° → 180°. When Width = 0, a mono signal is created. 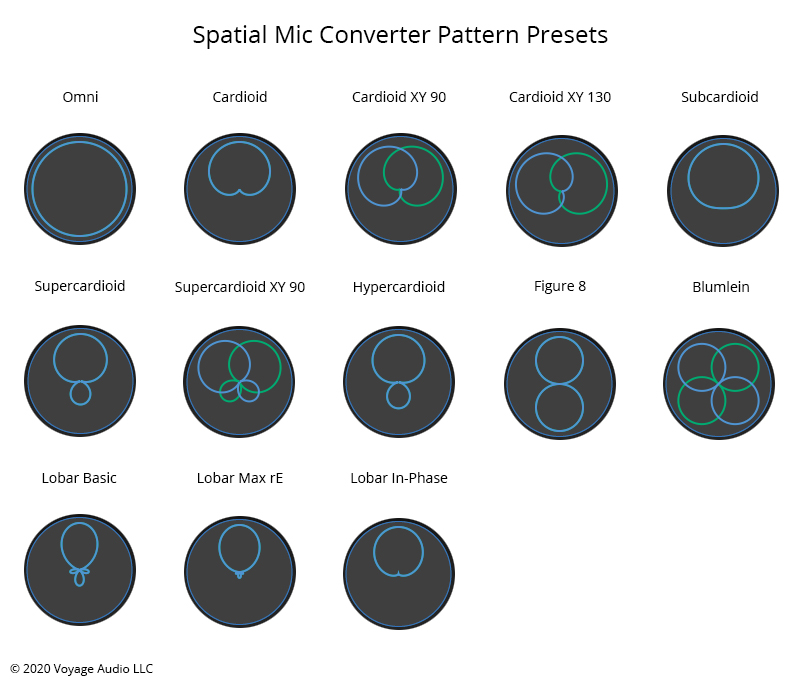 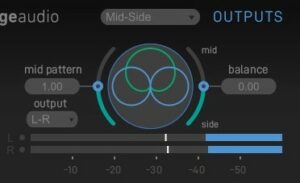 The pattern control of the Mid-Side output changes the polar pattern of the mid component from tight cardioid all the way to omni-directional.

The balance adjusts the level balance between the mid and side components to manipulate the stereo width of the recording.

The surround section includes six different output configuration options that are selectable in the format drop down menu. The channel assignments are listed below for each format option to ensure proper routing. 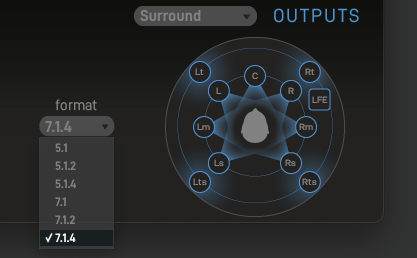 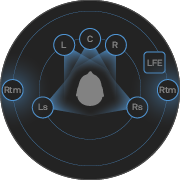 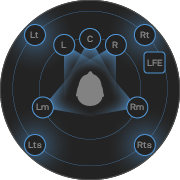 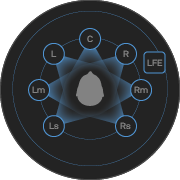 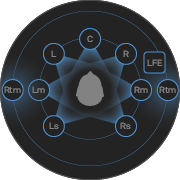 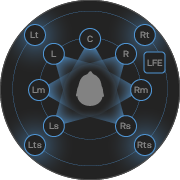