The Spatial Mic 360° Recording System relies on the Spatial Mic Converter plugin to transform the raw 8 capsule recordings from Spatial Mic into a format suitable for audio production. The output from the plugin can be configured for spatial audio production (ambix and FuMa at 1st and 2nd order are supported) or mono & stereo with the virtual mic option. 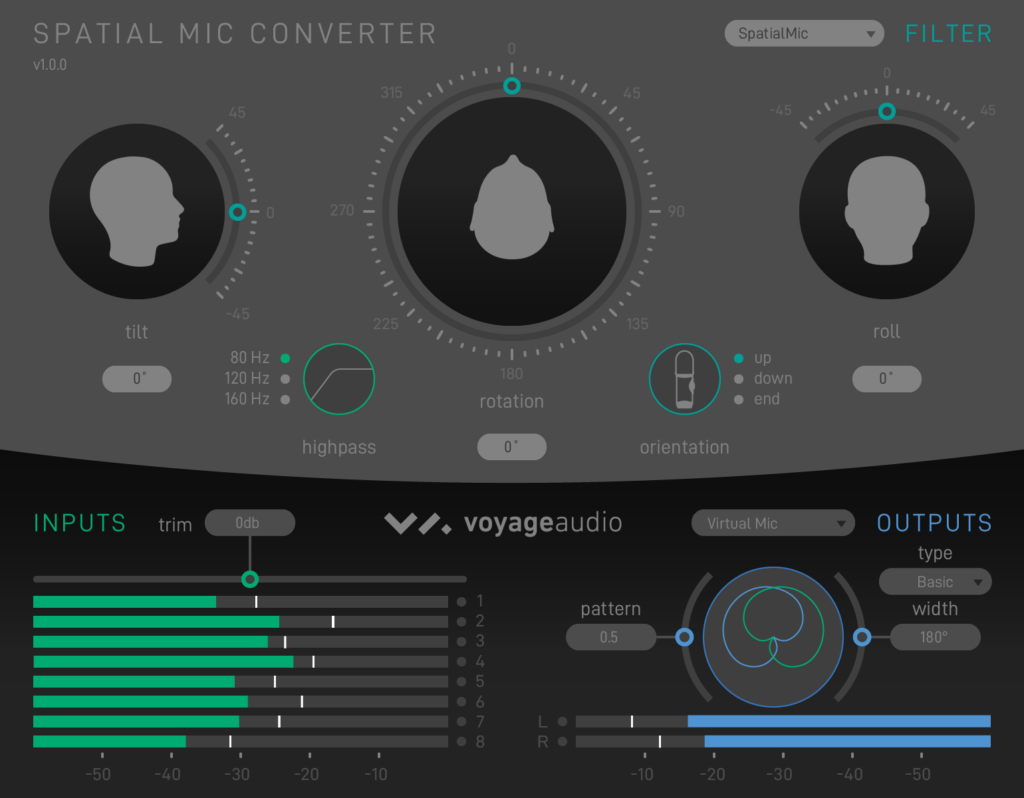 The new virtual mic output stage allows the Spatial Mic 360° recording system to be easily incorporated into traditional stereo mixes without the need for third party software. New presets including Cardioid, Supercardioid, Cardioid XY90/130, Blumlein and Lobar (shotgun) style patterns highlight the capabilities of this output stage. Use the rotation, tilt and roll controls to aim these patterns around in 360°.